Bulgaria joined the EU in 2007. Although the Country is in the process to become a member of the Schengen Area, the Bulgarian government already agreed to adopt all the European policies regarding inbound and outbound immigration.
Bulgaria struggled to preserve the public order during the Syrian migrants crisis of 2016. For this reason, the government is already actively working with EU commission dealing with the reforms of legislation regarding immigration in Europe.

Starting from 2021 all travelers above 18 years old will be able to apply online for the permission to travel to Bulgaria. The online application cost is €7 and once the authorisation is approved it will last for five years. The authorisation will also allow travelers from visa-exempted countries to travel in other Countries part of the Schengen Area without requiring any other travel documents. Although the online authorisation is valid for five years, the maximum duration of stay in the EU is 90 days in a consecutive period of 180 days. If the traveler plans to have a longer stay in the Schengen area, a visa is required.

Bulgaria produces more than 50% rose oil in the world. Sofia, the capital is known as the city of the roses. It is the largest city in Bulgaria. In addition to the fame for the roses, Sofia’s architecture is diversified from the Medieval church of Bojna to the byzantine church of Santa Sofia. The capital is also home to the National Museum. Bulgaria is a country full of ancient cultures, a melting pot with Greek, Ottoman, Persian and Slavic influences. Addition to Sofia, other famous cities are Varna, Burgas, Plovdiv and Bansko.
Bulgaria is a Balkan country. Bulgaria’s landscape diversity ranges from the lowlands along the coastline of the Black Sea on the east to the mountainous western regions. The central and southern regions are mountainous areas with the famous ranges the Balkan Mountains and the Rhodope Mountains respectively. The fertile lowlands dominated the northern and southeastern regions. The Danube river forms the border between Romania and Bulgaria in the north.
Bulgarian climate is described to be temperate-continental climate. Bulgaria has distinct seasons with hot summers and long, cold winters. The wettest months fall into autumn (October and November). The weather along the Black Sea coastline is warmer than the inland area. Winters are quite cold with snowfall especially in the mountainous regions.
Dress to the weather: During summer, lightweight clothes are suitable on the lowlands and along the coastline. If you stay in the mountainous areas, bring along a sweater. Medium-heavy jackets are advisable especially in the uplands. 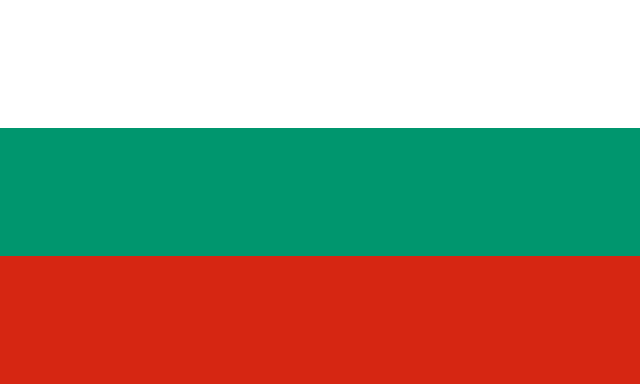