Together with Norway, Liechtenstein and Switzerland, Iceland is one of the four non-EU Schengen Member States. Iceland’s EU accession negotiations were put on hold since 2010. Iceland’s Schengen Area membership started in 2001.
The Icelandic government supports the creation of modern systems able to identify and screen individuals entering in the Schengen Area, and more in general, in the European Union.

Starting from 2021 all travelers above 18 years old will be able to apply online for the permission to travel to Iceland. The online application cost is €7 and once the authorisation is approved it will last for five years. The authorisation will also allow travelers from visa-exempted countries to travel in other Countries part of the Schengen Area without requiring any other travel documents. Although the online authorisation is valid for five years, the maximum duration of stay in the EU is 90 days in a consecutive period of 180 days. If the traveler plans to have a longer stay in the Schengen area, a visa is required.

Icelandic landscape is the number one attraction to tourists. It’s an ultimate destination if you want to experience Artic climate. The capital Reykjavik is the most populated city in Iceland. The entire city runs on geothermal power system. It is home the world’s oldest parliament, National and Saga museums. Besides, Reykjavik is famous for its vibrant night clubs. Other attractions in Iceland are namely the astounding Blue Lagoon, the breath take Gullfoss Waterfall, the glacier National Parks Vatnajökull and Snæfellsjökull and original Geysir. The universal purpose of an Iceland trip maybe the Northern Lights which can be frequently seen in Autumn and Winter.
Iceland’s landscape is breathtaking with various Artic natural hot spring, geysers, glaciers, volcanoes and lava fields. The National Park Vatnajokull where glaciers are protected is the largest one in the country. Its surface is equal to all the glaciers combined in continental Europe. 10% of the country is covered by glacier ice and cooled lava. The volcanoes are still active in Iceland.
Despise the northerly location, the climate in Iceland is milder than one might think thanks to the warm currents from the Atlantic Gulf Stream particularly around the coastal area in the south. The warmest months are July and August while the coldest ones are January and February. Iceland lies in the Land off Midnight Sun and it gives the country 3 months of continuous daylight in the summer. Rainfall happens more often the south than in the north.
Dress to the weather: Light to mid-weight attire during summer. However, the weather changes rapidly during the day. Therefore, it’s advisable to bring extra sweater especially when you go out at night. Heavyweight clothes are highly recommended during winter. 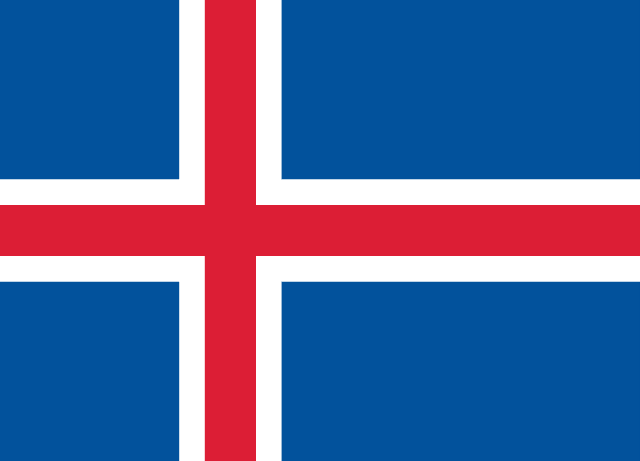