Together with Czech Republic, Hungary, and other East European countries, Lithuania joined the EU in 2004 and became the member of the Schengen area in 2007. The European Union has awarded Lithuanian government for the excellent work done satisfying Maastricht parameters.
As part of Schengen Area, Lithuania accepted ETIAS program; Minister Žilinskas expressed his satisfaction for the pre-authorisation program during a meeting held at EU parliament: "Lithuania welcomes modern technologies applied to ensure the EU's external borders control and internal security".

Starting from 2021 all travelers above 18 years old will be able to apply online for the permission to travel to Lithuania. The online application cost is €7 and once the authorisation is approved it will last for five years. The authorisation will also allow travelers from visa-exempted countries to travel in other Countries part of the Schengen Area without requiring any other travel documents. Although the online authorisation is valid for five years, the maximum duration of stay in the EU is 90 days in a consecutive period of 180 days. If the traveler plans to have a longer stay in the Schengen area, a visa is required.

Lithuania was the first republic to gain independence from the Soviet Union Blocks. It is famous for its national parks such Aukštaitija National Park in eastern region which is attributed by lakes and and old-growth forest. Other than nature, its historic capital Vilnius is also well-known. It is famous for its Gothic, Renaissance and baroque architecture.
Like the cuisines of its neighbor, Lithuanian main ingredients are based on met and potatoes. The typical dishes are cepelinia and vėdarai. Beer is also the favorite drink among Lithuanians.
The country is very green with 30% of the surface being forests. The country is generally flat with low hills in the west and east. Climate-wise, similar to other countries in the Baltic States, Lithuanian climate is dictated by typical European continental climate. It means that summers in Latvia are usually warm and dry while winters can be severe. The coldest month of the year is January with subzero temperature and snowfall; at time it can turn into snowstorms. The hottest month is July with the average temperature at 20°C. The most pleasant months fall from May to September. Spring is the rainy season of the year. 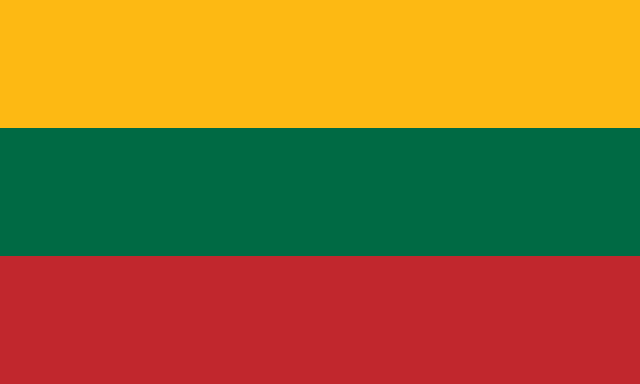