Slovenia was one of the countries that joined the EU in 2004 during its enlargement. The country joined the Schengen Area in 2007.
The Slovenian government supports the creation of modern systems able to identify and screen individuals entering in the Schengen Area, and more in general, in the European Union.

Starting from 2021 all travelers above 18 years old will be able to apply online for the permission to travel to Slovenia. The online application cost is €7 and once the authorisation is approved it will last for five years. The authorisation will also allow travelers from visa-exempted countries to travel in other Countries part of the Schengen Area without requiring any other travel documents. Although the online authorisation is valid for five years, the maximum duration of stay in the EU is 90 days in a consecutive period of 180 days. If the traveler plans to have a longer stay in the Schengen area, a visa is required.

Slovenia is the country of the caves and fuzzy brown bears. There are more than 10,000 caves and 400 brown bears in Slovenia. The most famous cave is Postojna which stretches as far as 20 km. The principal architecture of Ljubljana, Slovenia’s capital, is baroque.The city is divided into 2 halves by The Triple Bridge (Tromostovje), one side there’s a historical medieval town and on the other it’s the modern vibrant part of the city. Slovenia is also famed for its ski resorts and glacial lakes. Slovenia is the 3rd greenest country in Europe with the National Park Triglay being the oldest park in Europe. The country is also famous for its food festivals such as Cabbage Festival, Chestnut Sunday and Bean Day. Slovenia is absolutely a great place for your next destination.
The prominent landscape of Slovenia is mountains. 40% of the country’s surface by covered by mountains with the Alp's extension to the northern part of Slovenia. The southwest plateau is full of limestone caves and canyon. The country’s hills and valleys are covered with green forests.
Slovenian climate is dictated by typical European continental climate. It means that summers in Slovenia are usually warm and dry while winters can be severe. The coldest month of the year is January with subzero temperature and snowfall; at time it can turn into snowstorms. The hottest month is July with the average temperature at 20°C. The most pleasant months fall from May to September. Spring is the rainy season of the year.
Dress to the weather: During the summer months, wear light to medium clothes. Heavy winter clothes are advised during winter. Rain gear is recommended all year round. 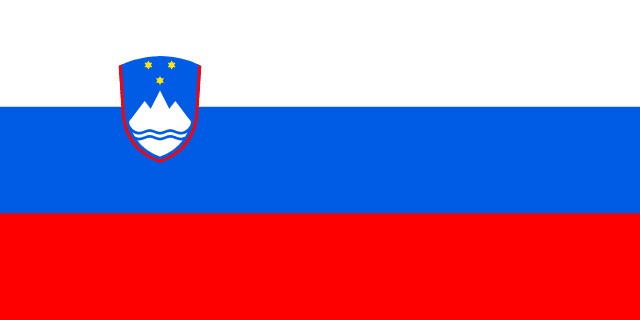