Together with Portugal, Spain joined the EU in 1986 and the Schengen Area in 1995.
The Country, for its location on the Mediterranean Sea (plus the two exclaves of Ceuta and Melilla), always dealt with constant immigration. The media coverage of migrants crisis in the Mediterranean sea put the Spanish government on the world's spotlight. The Spanish effort on this topic started way before. Spain supports the EU initiative to create new systems able to regulate touristic and non-touristic inbound and outbound immigration in the Schengen Area, and more generally, in the EU.

Starting from 2021 all travelers above 18 years old will be able to apply online for the permission to travel to Spain. The online application cost is €7 and once the authorisation is approved it will last for five years. The authorisation will also allow travelers from visa-exempted countries to travel in other Countries part of the Schengen Area without requiring any other travel documents. Although the online authorisation is valid for five years, the maximum duration of stay in the EU is 90 days in a consecutive period of 180 days. If the traveler plans to have a longer stay in the Schengen area, a visa is required.

When people talk about Spain, the first things that come to mind are the Flamenco, Corrida De Toros bullfighting and soccer. In fact, Spain has more to offer in terms of culture, architecture and art. Spanish music and cuisine are also very much such bacalao (salted cod), paella or tapas. The capital, Madrid is where European arts are restored in Prado museum. It’s also home to the baroque Royal Palace. Travel highlights present in every region of Spain for instance the Alcaza medieval castle in Segovia or the magnificent Sagrada Familia in Barcelona. In the Basque Country, rich culinary culture is celebrated. Spain is also an ideal beach destination such as the Balearic Islands and the Canary Islands.
In the Mediterranean Sea, the Balearic Islands belong to Spain and also the Canary Islands in the Atlantic Ocean are part of Spain. There are also. The 2 exclaves in North Africa Ceuta and Melilla are also Span’s territory. Spain is the 3rd largest country in Europe. The Cordillera Central mountains divide the main plateau Meseta. The landscape in Spain is fairly hilly with many mountains such as Cordillera Cantabrica and Sistema Iberico in the north and gigantic Pyrenees in the northeast, the rocky Sierra de Cuenca in the east and the Montes de Toledo in south central. To the west, the plateau Meseta slopes down to Portugal. The lowlands in Spain are in the Southwest and Northeast. The coastal border are narrow plains that separated the mountains from the sea.
Due to its size, Spain has different climates. The Meseta Plateau in the center is somewhat influenced by European continental climate with hot and dry summers and cold winters. The eastern part has more or less Mediterranean climate with hot and dry summers and milder winters.The north region where the Basque Country is, has a maritime climate with cool summers and mild winters.
Dress to the weather: Light and absorbent clothes are recommended for the summer. Medium weight clothes if you stay in the south but heavyweight clothes are more suitable if stay up north in the mountain areas. 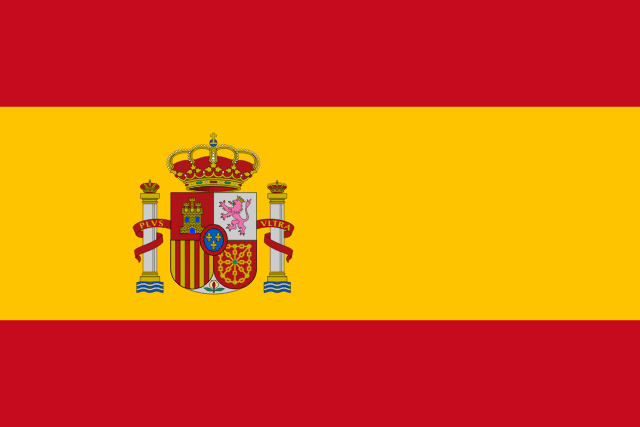