Sweden was one of the countries that joined the EU in 2004 during its enlargement. The country joined the Schengen Area in 2007.
The Swedish government supports the creation of modern systems able to identify and screen individuals entering the Schengen Area, and more in general, the European Union.

Starting from 2021 all travelers above 18 years old will be able to apply online for the permission to travel to Sweden. The online application cost is €7 and once the authorisation is approved it will last for five years. The authorisation will also allow travelers from visa-exempted countries to travel in other Countries part of the Schengen Area without requiring any other travel documents. Although the online authorisation is valid for five years, the maximum duration of stay in the EU is 90 days in a consecutive period of 180 days. If the traveler plans to have a longer stay in the Schengen area, a visa is required.

Sweden is the most populated country in the Scandinavia. It is famed for its breathtaking landscape with thousands of inland lakes and coastal islands in the southern region and glacial mountains and boreal forests in the north. It’s prudent to say the tourists are most attracted by its landscape with the southern beaches and northern ski resorts. Swedish capital, Stockholm is a peaceful city which is built on 14 islands. It’s home to the Royal Palace and Nobel Museum. There are other interesting places such as Malmo, Gothenburg, Northern Lapland (an ideal spot to view the Northern Lights) and Gotland island. Sweden is also the birthplace of the worldwide furniture-household store IKEA. If you plan to travel to splendid Sweden, keep in mind the currency is not the Euros. Swedes are still using Krona.
The landscape of Sweden encompasses mountain, hills, forests, rivers, lakes, islands and coastlines. The northern region is rugged with mountains that are covered by thick snow all year round. The mountains in the central part are lower with many forests and lakes. In the south, there are large fertile lowlands and sandy beaches along the coastline.
In terms of climate, Sweden is fortunate enough to have milder climate compared to other regions that are on the same latitudes. This is attributed by its position in the Gulf Stream and many lakes inland. The coldest month of the year is February. The northern part is colder than the south. July is described to the warmest period of the year. The Northern part lies in the Land off the Midnight Sun. Therefore, in the north the sun shines continuously throughout the peak summer months.
Dress to the weather: Light to mid-weight attire during summer. However, the weather changes rapidly during the day. Therefore, it’s advisable to bring extra sweater especially when you go out at night. Heavyweight clothes are highly recommended during winter. 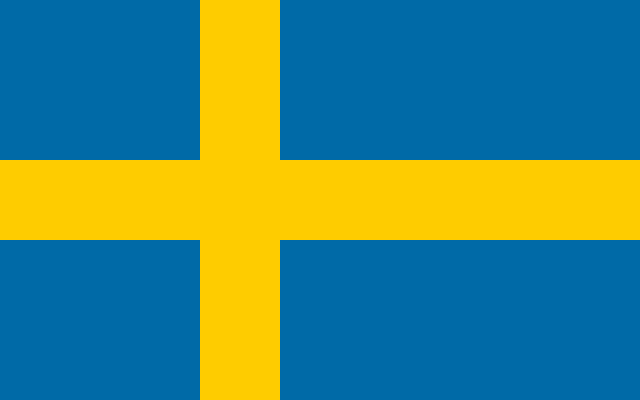